(ALGO)
Algorand is a next-generation Blockchain using Proof of Stake (PoS) alongside pseudorandom functions. It’s called Blockchain 3.0 by many because it solves Bitcoin’s security and scalability problems while maintaining a purely decentralized network. It has become the go-to coin of many first-time crypto users because of its fast transaction speeds and security features.
Invest now
CURRENT VALUATION
€ 160 mln
THE HIGHEST VALUATION
€ 238 mln
CURRENT YEARLY RETURN
0.1%

Algorand’s ambitious aim of creating an efficient yet secure purely decentralized blockchain, in the end, creating a borderless economy.

A cryptocurrency that transcends from the traditional proof-of-work, that of Bitcoin and other, to a purely proof-of-stake, and eventually, as seamless synergy between fiat and cryptocurrency.

Speed and almost real-time decision making in the blockchain is the main selling point of this new open-source that is purely pure proof-of-stake, that is Algorand.

It has boasted to be the world’s first open, permissionless, PoS blockchain protocol that, without forking, provided the necessary security, scalability, and decentralization needed for the modern economy.

It is a cryptocurrency launched in 2019, developed by an MIT Computer Science Professor Silvio Micali and his company Algorand, Inc. Since its inception, Algorand has explored synergies with several states to power day-to-day transactions using both fiat and cryptocurrencies, among them are the Marshall Islands - SOV, and Iceland’s Monerium.

Its philosophy is built upon the value of democratic user participation with self-validating features.

Its developer, Silvio Micali, along with other developers listed Algorand in June 2019, following a public sale in which Algorand Foundation, the entity in charge of the project, has reportedly raised some $60 million USD in funding. In the Algorand blockchain, the goal of a decentralized and borderless economy is seemingly possible as every transaction is completed with finality thanks to its unique consensus algorithm which claims to be fully democratic.

Each block in the Algorand chain remains in the chain indefinitely making each transaction in the blockchain final. Algorand’s MainNet claims to process up to 1,000 transactions per second putting itself to compete with mainstream payment systems.

Algoran’s focus is about stake ownership, being a purely proof-of-stake blockchain, emphasizes stakeholder’s right of ownership on the system, ideal for a decentralized system. This system is developed by the creator himself, Silvio Micali.

Being decentralized, the consensus is achieved almost instantaneously, without dependence on a central authority.

Ease of use is also one of the important features of Algorand or being able to join in without having to endure getting through a gatekeeper. It has an open platform where participation of all stakeholders is encouraged.

Currently, there are around 678.6 million ALGO circulating with a coin market supply of 3.2 billion ALGO. 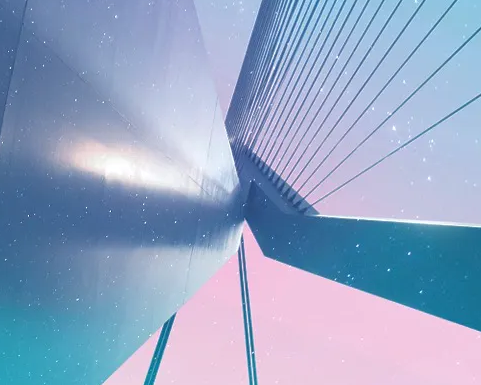